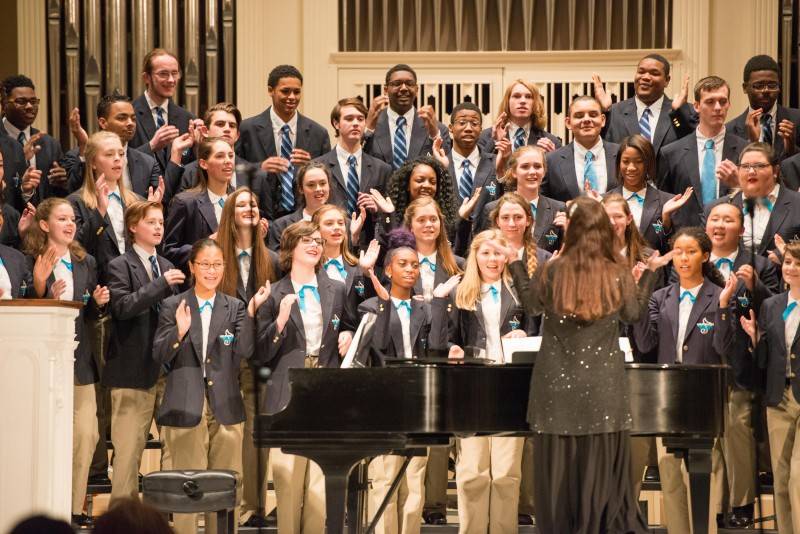 Meet our New ED! WCC's new Executive Director, Lianna Magerr, sat down to answer some of your questions about WCC! You're new to your position, but you've been with WCC for a long time. What is your WCC story?I joined the WCC musical family as a chorister! I auditioned in 2007 as an eighth-grader and it was a life-changing experience. I grew up in the suburbs of Pennsylvania, so being exposed to the City of Wilmington and a new, diverse group of friends shaped my world view. That's the magic of WCC - bringing young people from all walks of life together and uniting them through music!  It's been quite a journey since then! I love this organization so much, I never left. I worked as an intern all through high school and college. Later, I became the Manager of Operations and one of our Neighborhood Choir teachers. All of those experiences helped me get to know the organization deeply and prepared me for my new role. Lianna at WCC's 10th anniversary concert! What is your favorite WCC moment throughout the years?There are so many to choose from! From my very first performance with WCC (singing at the Barack Obama

Support your community with a donation!

There has never been a more crucial time to teach our children to be strong leaders, to advocate for social change, and to empower them to change their world through music.

We’re committed to educating hundreds of young people, but we need your help! Give today in support of your community.