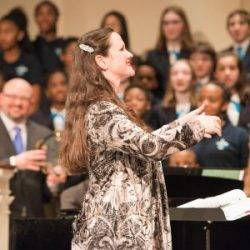 Kimberly Doucette has been Artistic Director of the Wilmington Children’s Chorus since the 2009-2010 season, after serving as an integral part of the artistic staff since 2005. Under her leadership, the WCC has solidified its reputation for vocal artistry, musical literacy, professionalism, and community outreach.

Through her unique training and experience in both singing and music education, Ms. Doucette has forged a reputation for excellence as a conductor, educator and performer. She has served as a presenter, clinician and adjudicator for the American Choral Directors Association and for regional music festivals and conferences. Ms. Doucette maintains an active private voice studio for singers of all ages and has developed a vocal study curriculum designed for younger singers that emphasizes the development of music literacy in addition to vocal technique.

An active performer and soloist, Ms. Doucette has appeared on stage and in concert throughout the region, most notably with OperaDelaware, Delaware ChoralArts, and the Clifford Brown Jazz Festival. She is currently a member of and frequent soloist with the SsAM Collegium, the professional choral ensemble at the Episcopal Church of Saints Andrew and Matthew. 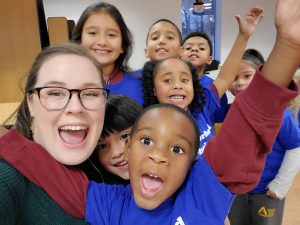 Ms. Magerr is a current fellow in the Leadership Delaware Class of 2020 and continues to model a life-long love of learning in her pursuit of professional development. Her goal is to inspire the children of Delaware to find strength and resiliency within themselves, reach high levels of achievement, and change their world through music. 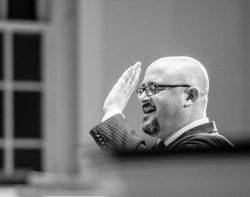 Philip Doucette has been the Associate Director of WCC since 2009 and served as chorus manager from 2005-2015. Mr. Doucette is the director of WCC’s Tenor/Bass Choir (TBC) and co-directs the other ensembles.

Mr. Doucette’s interest in the human voice has taken him down many paths as a performer, collaborator, teacher, conductor, researcher, and clinician.  As a performer, he has extensive professional experience in a variety of styles including opera, oratorio, operetta, choral, musical theater, and popular styles including folk, rock, and pop.  As an artistic collaborator and voice teacher, Mr. Doucette has had the pleasure of working with singers and artists of the highest caliber in opera, classical and contemporary concert music, musical theater, choral music, and jazz as well as non-western traditions including classical Arabic and Indian (Hindustani and Carnatic) song.

Phil is a licensed Speech-Language Pathologist with clinical experience assisting individuals recovering from vocal injury as well as variety of speech, language, and swallowing dysfunctions.  He is a member of the Voice Care Team at Philadelphia Ear Nose and Throat Associates where he serves at a Speech-Language Therapist and Singing Voice Specialist.

He has been a featured presenter on issues relating to the changing young male singing voice for regional American Choral Directors Association events and has been a presenting lecturer at several colleges and universities on voice health and care for the high-performance voice user.  He is Associate Director of the Thomas Jefferson University Choir.  He is a regular reviewer for The Journal of Voice, a peer-reviewed journal of voice medicine and research.

Mr. Doucette holds a Master of Music in Voice Performance and Pedagogy from The Pennsylvania State University and a Master of Arts in Speech-Language Pathology from West Chester University.   He is a member of The National Association of Teachers of Singing, The Voice Foundation, The American Speech and Hearing Association, the American Guild of Musical Artists and The American Choral Directors Association. 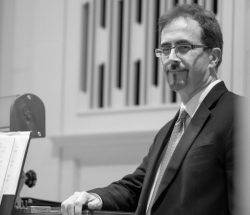 David Christopher has an active career as conductor, organist, church musician, and voice teacher. Born in Philadelphia and raised in southern Delaware, David received his undergraduate degree in vocal performance at West Chester University and recently completed a graduate degree in organ performance at the Peabody Conservatory of Music. Known for his keyboard skills, understanding of the singing voice, and skill with the baton, David’s passion for teaching and facility for communicating ideas of interpretation, technique, and artistry brings a unique perspective to the many aspects of his musical career.

Meet our New ED! WCC's new Executive Director, Lianna Magerr, sat down to answer some of your questions about WCC! You're new to your position, but you've been with WCC for a long time. What is your WCC story?I joined the WCC musical family as a chorister! I auditioned in 2007 as an eighth-grader and it was a life-changing experience. I grew up in the suburbs of Pennsylvania, so being exposed to the City of Wilmington and a new, diverse group of friends shaped my world view. That's the magic of WCC - bringing young people from all walks of life together and uniting them through music!  It's been quite a journey since then! I love this organization so much, I never left. I worked as an intern all through high school and college. Later, I became the Manager of Operations and one of our Neighborhood Choir teachers. All of those experiences helped me get to know the organization deeply and prepared me for my new role. Lianna at WCC's 10th anniversary concert! What is your favorite WCC moment throughout the years?There are so many to choose from! From my very first performance with WCC (singing at the Barack Obama

Support your community with a donation!

There has never been a more crucial time to teach our children to be strong leaders, to advocate for social change, and to empower them to change their world through music.

We’re committed to educating hundreds of young people, but we need your help! Give today in support of your community.